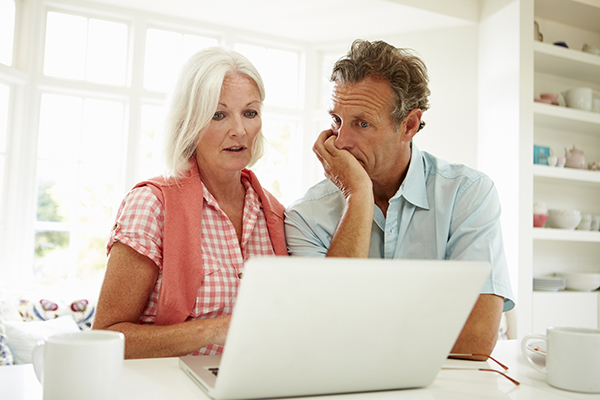 A study conducted by The Blackstone Group, an independent research firm, on behalf of Bankers Life Center for a Secure Retirement outlines some very unsettling data regarding middle-income baby boomer retirement care preparedness. According to the survey above, the bleak financial reality of this demographic is that 79 percent of middle-income baby boomers have NO savings put aside to cover their retirement care. Couple this disaster savings scenario with the US government's admission that for the first time since 1982 Social Security trust funds are being used to pay current benefits to recipients and Medicare's reserves are being used to cover the costs of that program as well. It is the perfect storm of a looming retirement insolvency crisis.

The Disconnect Between Preparedness and Need

Middle-income baby boomers for this study are defined as aged 53 to 72 with an annual income of $30,000 to $100,000 and less than one million dollars in investable assets. For those baby boomers in this demographic, a mere 4 percent of them have more than $100,000 saved for health care retirement planning, long term care, and general retirement preparedness. While 65 percent of these survey respondents prefer to receive retirement care in their current homes only 55 percent of them expected to be able to do so, and there is a disconnect at what age these care services will be required. A full 45 percent thought that assisted living circumstances would be needed between the ages of 71 and 80 while 37 percent said it would be between the ages of 81 and 90. The problem with these hopes is the ever-increasing presence of Alzheimer's and other forms of dementia which can push retirees younger than ever into the need for assisted living and retirement care.

The Need to Set Priorities

According to the survey, 40 percent of those surveyed consider retirement care planning to be a low priority or not one at all, 42 percent thought it to be a medium priority and only 18 percent identified retirement care planning as a high or very high priority. Incredibly 56 percent expected that Medicare would pay for retirement care as needed, including long-term care needs which Medicare does not cover. The costs of long-term care policies are cited as the biggest reason for not making the prudent insurance purchase.

Misperceptions About the Costs of Retirement Care

Dangerous misperceptions about how much retirement care costs and how to pay for it exist. It may seem incredible, but the truth is that baby boomers are better prepared to die than to live. Among middle-income baby boomers, 81 percent have formally made at least one preparation for when they pass away, usually in the form of a will or trust, while only 32 percent have a plan as to how they will receive retirement health care should it become necessary.

The Time to Become Proactive

The message is unmistakable; middle-income baby boomers need to address their underfunded retirement plans pronto. There is an overconfidence in this demographic that allows them to think they will be able to manage their and their spouse's healthcare costs as they continue to age. The reality is that many of them are one bear stock market or health care crisis away from disaster. The federal government and its programs are just as unlikely to be able to stave off the financial crisis brought about by this willful ignorance of the costs of aging successfully.

If you are in these incomes and age brackets, it is time to take a realistic look at what you can do to better prepare yourself for the coming years ahead. Being financially unprepared to age brings stress and family discord at a time when you should be living your best life. Be proactive, contact our Milwaukee office at 414-253-8500 and schedule an appointment to discuss how we can help you with your planning.